Love of eating, along with my mother's wonderful cooking, were my first inspirations on the road to becoming a chef. My father and step-mother are great in court (they're both lawyers), but their talents in the kitchen leave a lot of room for improvement. That's the main reason I started cooking for myself at a young age.

I continued cooking throughout my teenage years and then in 1989, I decided to make a career of it. I enrolled in the Culinary Institute of America in Hyde Park, New York. I graduated two years later, at age 22.

My experience at the “other CIA”, as it is commonly called, was awesome. The education, as well as the East Coast experience, was truly memorable. I think sometimes it takes being a stranger in a strange town to appreciate what you have back home, the friends and the memories you've made growing up in a town like Reno. Getting used to living in New York, meeting different people, cooking with different kinds of food and dealing with a radically different climate was extremely challenging, but I wouldn't trade a minute of it.

Culinary school helped me perfect the fundamentals of cooking: sauteeing, braising, roasting, poaching, grilling, etc. I use these basic skills every day to create the many dishes served at The Silver Peak.

But I wasn't always the man with the big spoon. As many chefs have done before me, I worked my way up the ladder, manning the dishwasher at my first restaurant job while attending high school. It wasn't the best, or the cleanest, of experiences but I'm glad I did it. I was also very glad when I eventually moved on to prep cook. I continued the natural progression to line cook, sous chef, and ultimately, executive chef. Along with picking up a fair amount of Spanish along the way, I've come to appreciate each position in the kitchen.

Good cooking, however, is not enough to open your own restaurant. It takes planning, perseverance and a business partner you can depend on. Trent and I met while attending Reno High School, back in 1984. Together we embarked on a fair amount of beer research, which most likely played a role in our decision to open a restaurant and brewery years later.

Our first round of training for this project was working at various restaurants together, Trent in the dining room and me in the kitchen. We finally set the plan in motion in 1991, after I graduated from culinary school. That's when we defined our goal: to open an upscale restaurant and brewery that would cater to locals. A place where people like us could go relax and enjoy good food, good beer and a good time.

Little did we know that this journey would take eight years and that we would have to encounter and overcome just about every obstacle known to aspiring restaurateurs. But our persistence paid off. After countless frustrations, we opened The Silver Peak Restaurant and Brewery on February 3, 1999.

Many people along the way told us it was a bad idea to mix friendship with business. I disagree. Traveling this road with Trent made our friendship stronger. We see each other's views, even if we can't agree, and we have a lot of respect for each other. Maybe it's because our personalities are so radically different. Trent likes to take risks and he is forever optimistic. I think "everything will work out" is a good attitude to have, but I have to sprinkle it with a dose of reality and some planning. It's the best recipe for a good thing!

I like to spend time with my family including my wife Cristy, my son Zackary and my daughter Madeleine. My kids are third generation Reno and I take pride in raising them in this community. Reno has been a great place to grow up and I look forward to sharing that experience with my children. 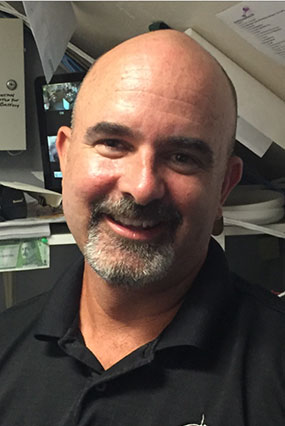